*cancer cells have a selective growth advantage with insulin 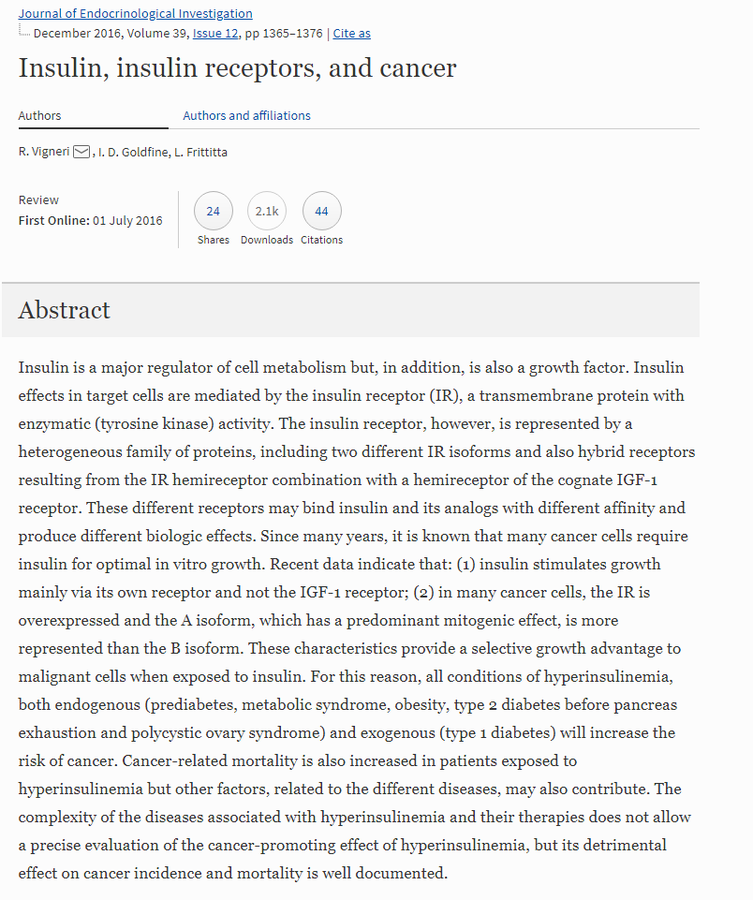 and remember government: (cholesterol, climate, covid) … had not thought about it in these terms; however, this really is an example of how scientific consensus REQUIRES bullying!

“In 1633, the government put Galileo Galilei on house arrest until his death in 1642, for writing that the planets circle around the sun. Government cancelled him and silenced open scientific debate. Government (power and force) versus science (ideas and debate), classic. “

nil Food as medicine  @dingdongjapan
“Let this sink in !! They will try and prescribe all the medicines they can..they want a sick care industry…” 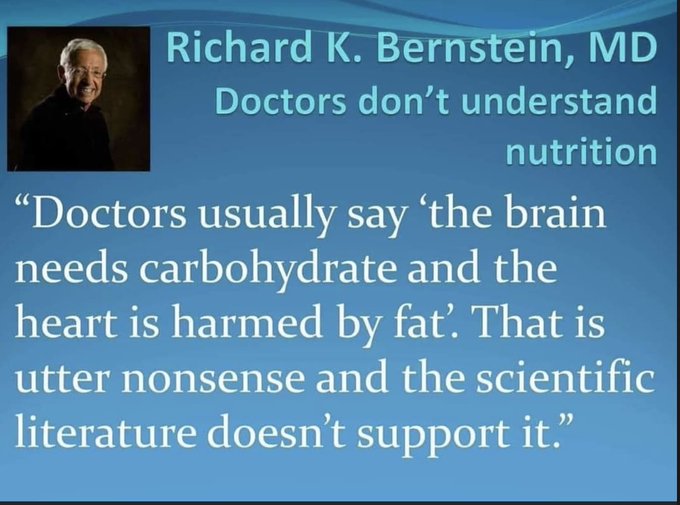 Some MD’s see it:

Highly educated people can become victims of their education. Some become rigid and refuse to entertain the possibility that some of the information they learned and believed for years could be wrong. I saw plenty of it in academic medicine and I see plenty of it in nutrition.

Not much new, but an interesting side thought, and so true.

One of the things vegetarians ask about is our apparent lack of predatory armament. In other words, we have no claws, we are not really all that strong and we do not have big canine teeth to tear flesh up.  So what gives.  This paradox is addressed.. by the PaleoMedicina group.

Puts it as well as it can be put:

“yep, that 1% better than placebo benefit has been an extraordinary advance in therapeutics. Imagine if antibiotics had the same 1% effectiveness as statins AMA Intern Med. doi:10.1001/jamainternmed.2022.0134” 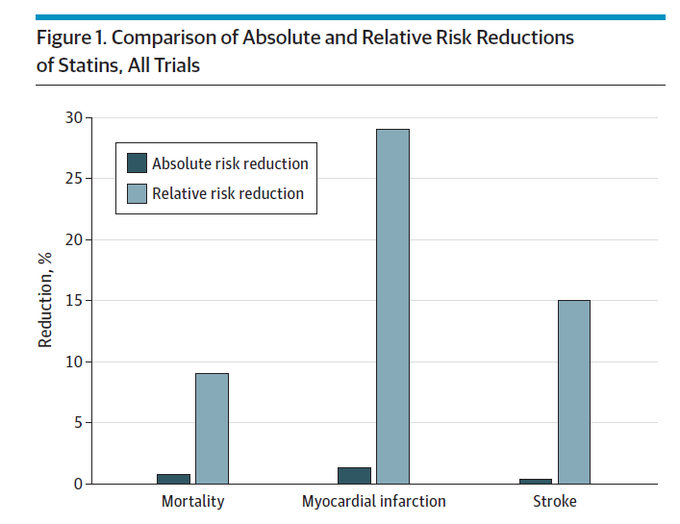 Chatted with my gym friend Darius about lifting.  He is one of those gifted with leanness and more power than you can believe.  He felt as if Deadlifting could be done infrequently and told me about how he actually responded well to Squatting heavy weights DAILY for over a month. Wonderful guy (big smile – makes me envious) and gifted.

WindTalker  @nmlinguaphile
“The $100 Billion Dollar Ingredient making your Food Toxic follow
@JEverettLearned  https://youtu.be/rQmqVVmMB3k via @YouTube”
The video is 28 minutes; however, it is very interesting, esp at the 3:25 point where it talks about the first well documented heart attack. … about a year after Crisco  came out… hmmm

And this on fact checkers:

One can feel Summer slipping away. Pretty soon we will have our first cool breeze..