Your government is looking out for you (or maybe someone else)…  “I was wondering if we should have a separate section on low-carb diets rather than burying it,” wrote Harvard nutrition professor Frank Hu about the official expert report for the 2015 U.S. Dietary Guidelines for Americans.”

“A quick search for “low-carbohydrate” on pubmed.gov, a government database of scientific studies, today turns up 7,821 publications, including 858 clinical trials (the most rigorous kind of evidence).12 Compare this to the 401 trials on the “vegetarian diet,” which has been formally recommended by the U.S. guidelines since 2015.”

From this report: USDA Ignoring the Science on Low-Carb Diets  The links in the report also work.

“Founder of Harvard Nutrition, Fredrick Stare obtained $1,026,000 from General Foods. Kellogg’s funded $2 million to set up Harvard’s Nutrition Foundation. A shill for the Sugar Industry, Stare promoted the notion that Coca-Cola was “a healthy between-meals snack.” 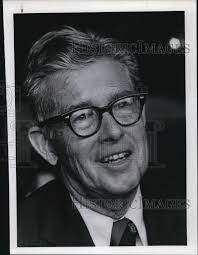 This graphic tells you about reactions, why don’t I ever see anything saying how good this is????

View all posts by joggingpop