To ME, the case for humans needing or doing well on vegetables has become blindingly political and $$$$.  This quote:

(“For humans, an early age  [for weaning] was enabled by a switch from maternal milk to nutrient-dense meat, marrow, organs, and fat [Kennedy 2005]. Overall, human energy metabolism is adjusted to diets dominated by lipids and proteins “)

from this article gives more discussion of our NEED for MEAT SOURCED FAT. Meat sourced fat has Omega-3s not the somewhat harmful Omega-6s of processed industrial vegetable fat.

The discussion of cows digesting grass vs a kale & spinach salad put a point on it.

Humans have no organ for digesting (fermenting) vegetables.  We have special mechanisms for absorbing fat from our food (by-passing the portal venous system) using the lymphatic system. It is called chylomicrons.  We also have a special  mechanism for taking in Fructose, from fruit, – which produces fat.

And this probably explains why there are NO ESSENTIAL nutrients in plants.  There are many nutrients which are only available in animal food.  Which is why vegans require supplements.

This also means many vegetables are neutral (harmless).  But many plants produce toxins to protect themselves.  Humans often react to these chemicals – think Gluten, and Nightshade plants in particular. And many people react to other foods – notoriously chocolate.   Not to mention the female hormone analog chemicals in soy products.

Then we have moved on to chemically processed seed oils (which we deceivingly call vegetable). They contain Omega 6 fatty acids which have been demonstrated to slow metabolism and to create excessive Free Radicals in our mitochondria.

Here is a chart on production of edible seed oils:  Then why do they exist? Well look at the profitability of Proctor & Gamble or Unilever 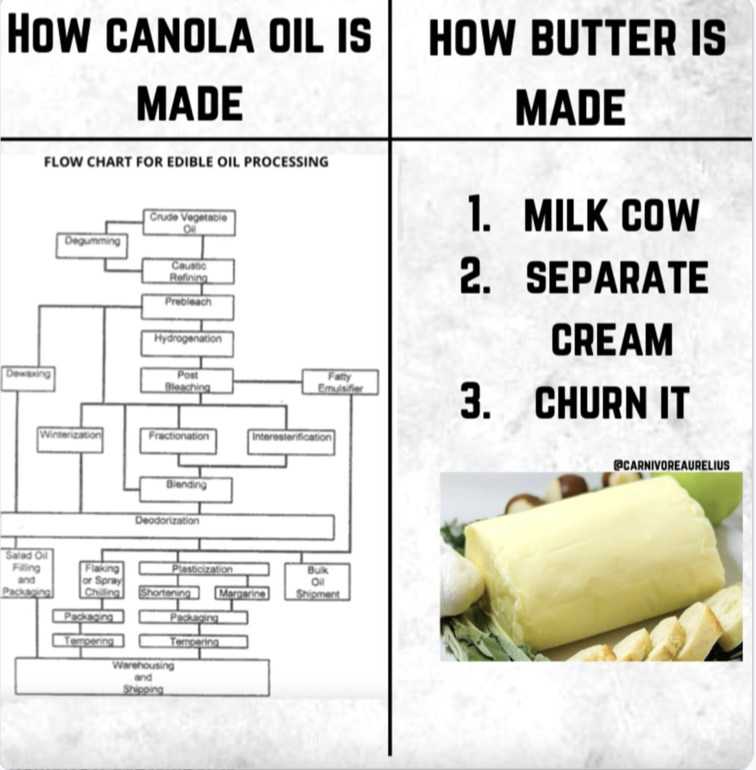 And why do corn flakes etc exist? Look at the profitability of Kellog, Coca Cola, Nestle, Pepsi to start. (We won’t discuss the 7th Day Adventist origins or Kellog’s links.)  Incidentally these companies pay the bills for the American Heart Assoc, the FDA and the ADA.

View all posts by joggingpop